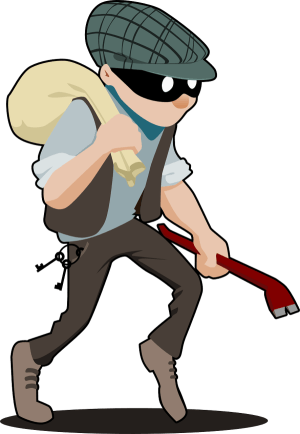 Tesla, Twiiter, and Theranos were all in the spotlight this week but for all the wrong reasons. Usually when you’re in the news it can be viewed as a good thing except when it’s bad news that can send your stock shares tumbling. That was the case for three Tech companies this week: Tesla, Twitter, and Theranos. Let’s start with Tesla a company at the forefront of car Tech especially green automobiles. A few months ago, Consumer Reports gave high ratings for Tesla’s latest Model S vehicles but just this week, they redacted the rating due to poor reliability. Elon Musk, founder and CEO of Tesla, Space X and formerly at Paypal, rebuked these claims. The negative rating from Consumer Reports sent Tesla’s share tumbling downwards. This couldn’t have come at a worse time as SpaceX, one of Elon Musk’s other companies was just recovering from bad news on their failed rocket launches and was also being sued my former employees this week. Poor Elon, even billionaires have it rough.

Next up is Twitter. With Twitter co-founder Jack Dorsey back as the CEO, we knew things were gonna be challenging getting things going again. The first hurdle began with layoffs…over 330 employees or 8% of the workforce were removed in a re-structuring move to regain profitability. And just this week, Jack Dorsey publicly apologized to developers with the hopes of wooing them back to develop for the platform. Our final embattled company is Theranos, where CEO Elizabeth Holmes is battling reports from the Wall Street Journal of flaws in the blood testing methods that the company uses. Theranos was founded on using an innovative blood testing method that is virtually painless and most importantly cost effective. Now how are all these companies related and what does this have anything to do with you? Well all of them were affected by the Power of the Internet Media. Nowadays, once news is on the Internet it spreads quickly which is good if you have positive news but really bad when you have negative news leading to stock prices dropping in seconds and company valuations loss sometimes in the billions.

So you’re probably stil asking yourself what does any of this have to do with you the Consumer? Well most of us are using these services or products on a daily basis. When a company’s stock price tanks, not only is the company and it’s employees affected, but it also affects you the user of these products. It’s not uncommon in this day and age for startup Tech companies to go out of business but what happens with your data or money that you’ve already invested? Most of the times, your data is either lost or sold to other companies and your money is gone forever.

Speaking of losing data, let’s talk about Internet Security or lack thereof. Internet Hacks are common nowadays and it’s not just websites, it’s companies, governments, apps, and even medical devices…scary stuff. Just recently, Experian one of the three biggest Credit monitoring services recently was hacked and lost over 13 million T-Mobile customer records. T-Mobile used Experian to do their credit checks. Also Scottrade, one of the largest online investment firms, was hacked and over 3 million records were compromised. And most recently and probably most embarrassing, the current Director of the CIA, John Brennan, had his AOL email account hacked by a High Schooler in the US. This same hacker also claims to have hacked both Donald Trump and Hilary Clinton’s email accounts…when the Donald gets hacked, you know it’s Bad! Once again what does this mean to you? Well most of the times when your personal info is hacked, all a company or provider will do is offer you “FREE” credit monitoring services until it expires and then the credit monitoring service is trying to sell you on their other services. Once again, you the consumer gets screwed especially when your data is used in identity theft and things only get more painful from there without any simple way to recoup your losses or repair your credit. So what have we learned today boys and girls?…I’ll leave that answer up to you until Episode 3.