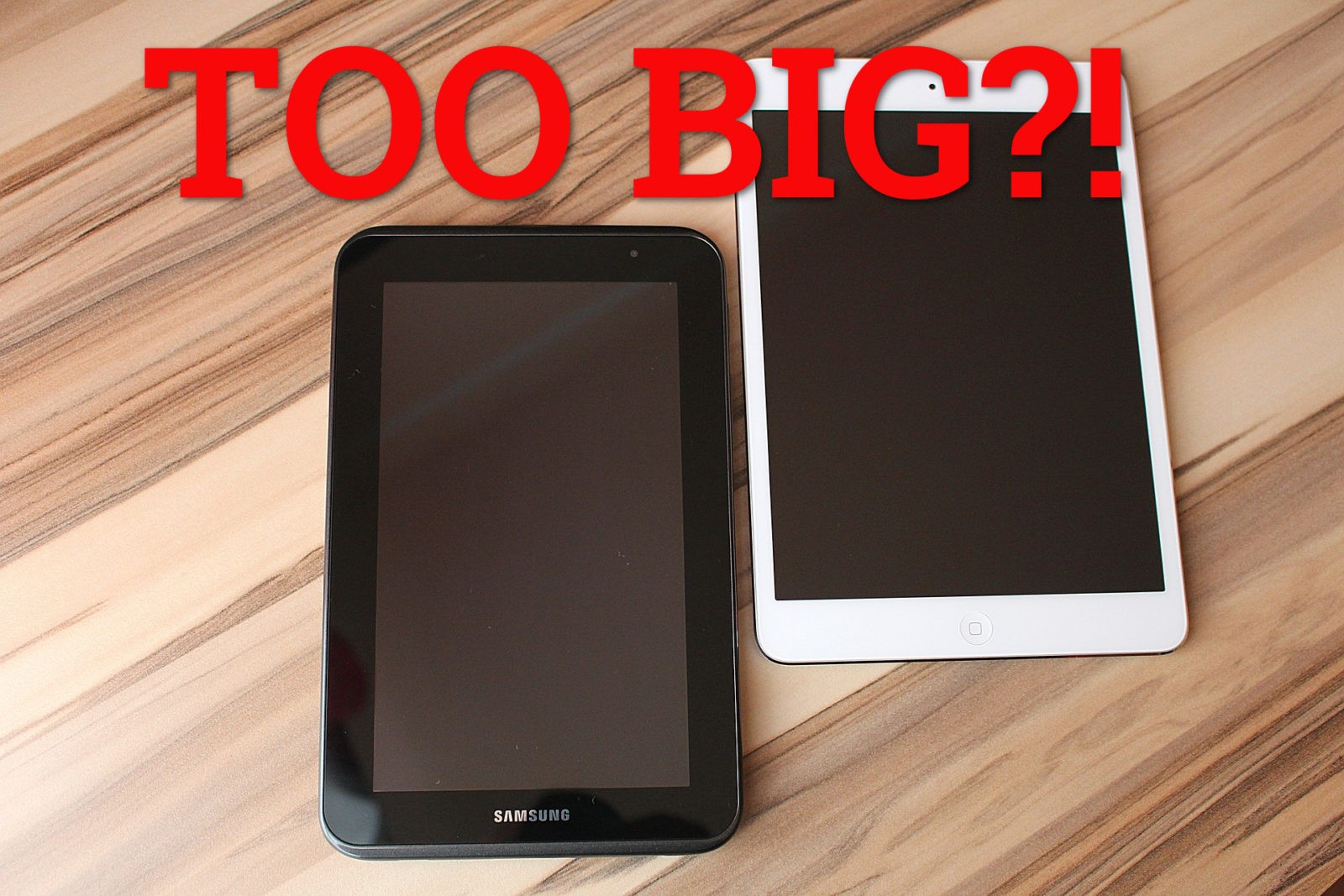 Bigger is Better or is it? It’s no surprise that everything in mobile is getting Bigger, Bigger, and too Big! Android was the first to start releasing these Jumbo-sized phones and tablets and now even Apple is getting into the sizing game. Samsung introduced the phablet (phone + tablet) with the Note series to the world. And ever since then, countless manufacturers have super-sized their offerings. Although this is great for mobile phones market, it’s definitely pushing tablets out of the market. Even manufacturers like Apple, who made insane profits with the creation of the iPad, is facing slowing sales of their tablets. With no real tangible benefits for tablets in the new phablet world, it seems like the only “sensible” solution is to go BIG!

With the Samsung Galaxy View and iPad Pro, we might be entering a new era of Jumbo tablets. But before that could happen, we have to ask who are these “tablets” for and will people buy them? I can’t predict the outcome however I can say why? Let’s start off with the ginormous Samsung Galaxy View.

Next up, we have the Mega iPad Pro.

Specs-wise, the iPad Pro is definitely a step up, but are either worth the price for what they’re offering? Well both Samsung and Apple have an answer on why these exists and why you need to buy one.

Samsung’s answer for Galaxy View:
Made for media consumption.

Other manufacturers such as Viewsonic have tried this before putting Android on a touchscreen TV. But this approach failed mainly because Android wasn’t optimized for touchscreen TV’s and neither were apps. Plus it just felt kinda weird having a jumbo-sized TV tablet. Android TV does a much better job for big screens but it’s still not a big TV tablet. Plus if it’s media consumption you’re after, for the same price as the View, you can get a much bigger and better big screen HDTV.

Apple’s answer for iPad Pro:
Billed as a work tablet for creative types and power users.

Microsoft’s Surface Pro does a better job with a full Operating System and more powerful, flexible hardware options. Plus, try running full Adobe Photoshop, Premiere on the iPad Pro…well you can’t since it’s running on the mobile IOS and not full Mac OS.

So who’s actually gonna buy this and why would you? Well if you’re rich or love anything made by Apple or Samsung, then carry around your Jumbo tablet while people like me make fun of you!