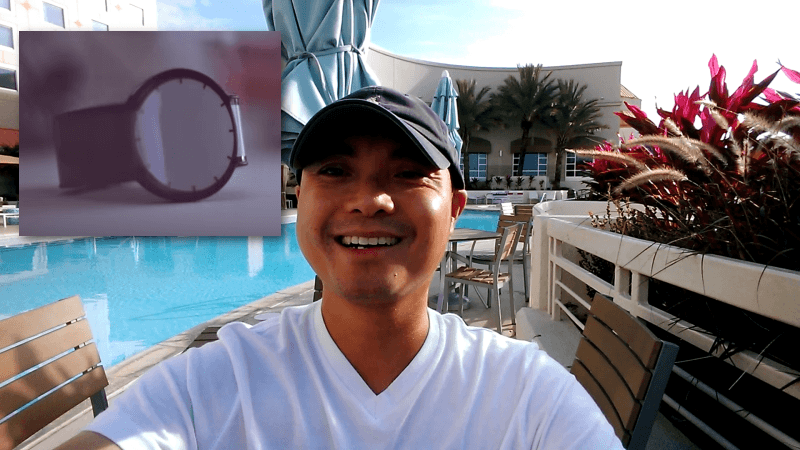 Cool watch! Now that’s something you just don’t hear anymore! Well, that and the fact that nobody uses the word “Cool.” Recently, there’s been a big push towards smart wearable tech. Most notably was the popular Kickstarter success the Pebble watch. However, Big names like Google and Apple have gotten into the game with varying success, but before I get into that, I have to talk about the coolest digital watch I’ve seen so far.

Sony FES is the name of the unique watch which is a Japan only product with a planned release on November 21, 2015. Unique not only applies to the phone, but also its unconventional beginnings. The FES actually stands for Fashion Entertainment which is a subsidiary of Sony. The FES was actually born out of an internal Kickstarter-like company campaign where they raised $30,000 to create the product. What’s noticeable out about the Sony FES is it uses a black and white digital display…no color screen here. Now that might sound like a bad idea until you realize what the phone’s material is made out of which is in this case E-Ink.

E-ink made its mark in E-Readers before iPads and Android tablets took over. When it comes to readibility and battery life, there’s no current material better than E-ink. Despite the best advancements in LCD, Amoled panels, they still can’t match the readable clarity of E-ink in direct sunlight. And when we talk about battery life, we’re not talking hours, we’re talking about weeks. In its first version, the FES watch will simply be a digital watch and not a smartwatch which more closely resembles a Pebble watch. Also, it’s not just the display that is made out of E-ink, but it’s the whole watch including the band. What this provides is the “cool” tech that others don’t have. You can change the design, look of the phone in an instant…which has to be seen to be believed. I can easily see this type of technology being applied to all clothing in the future. Color E-ink is avaliable in some products, but it currently can’t match the color reproduction of other technologies. When it’s released, the FES watch will retail for approximately $240 US dollars and hopefully a future International release as well.

Now onto the Big Boys in wearables. Google started with Android Wear beginning with square watches and now moving over to rounded watches. Apple as usual, comes in a little later and although its square-shaped, it’s still probably the most successful smartwatch to date. You can be sure a rounded version is coming in version 2. As it stands right now, I don’t think wearables are there yet specifically due to the software. Android Wear is continually making improvements, but it’s still not as polished and stable as it should be. Apple’s version is more stable, polished but limited as for the most part, you’ll still need to pair it with a compatible Apple product to get the most out of it. Overall, smartwatches are just novelty items to have and until they become more useful, I feel that they’re just not that “Cool.”