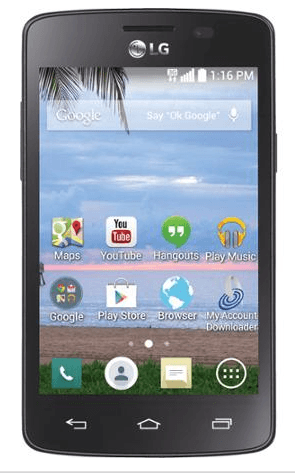 Cheap smartphones used to mean less than $200 a few years ago, but 2015 and beyond will bring the age of ultra-cheap phones. On a previous episode, I talked about the $15 smartphone which was going to be released in India and at the time, it was the cheapest smartphone I knew of. But the Tech world moves insanely fast and now we have a $10 smartphone and to be exact, it’s $9.82! LG will be making the LG Lucky LG16 Prepaid phone for TracFone customers and it will be available at the King of cheap buys at Wal-Mart. Normally when I think of cheap smartphones, I’m thinking less than $100 and if you go anywhere below $50, you can be sure it’s gonna be a horrible experience. But in this case, we’ve got LG and Wal-Mart together making this happen. Typically, ultra-cheap phones are made by no-name Chinese manufacturers using absolutely the lowest quality components available to reach these rock-bottom prices. But LG knows how to make quality phones and Wal-Mart knows how to sell them so it’s unbelievable to think that you’ll actually be able to get quality out of this insanely priced $10 smartphone. Speaking of quality, let’s look at some specs:

Now these specs aren’t mind-blowing but it’s $10…ten dollars! At this price, it might as well be considered the flagship of ultra-cheap phones. It even comes with expandable storage that isn’t available in other flagships costing hundreds more like the Samsung S6, iPhone 6, or even Google’s own Nexus 6P. About the only drawbacks are that it only runs on 3G, has no front camera, and is running KitKat, but come on, this thing costs less than your lunch!