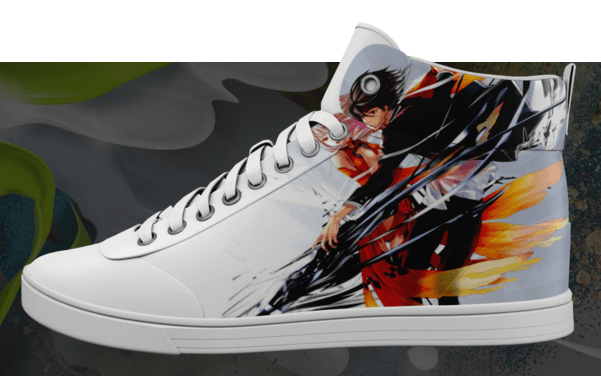 Wearables are gonna take over, but it’s not just watches. On a previous episode, I talked about the Sony FES E-ink digital watch which was released in Japan only. E-ink is a material that seems like a perfect match for wearables due to its thinness, battery life, and versatility, but it’s not all about watches. Digital clothing is the next category of E-ink wearables and it’s coming fast. Indiegogo is a crowdfunding platform similar to Kickstarter however the requirements aren’t quite as strict and two projects on there will likely change the wearable landscape. Shoes are probably one of the most personal and lucrative pieces of clothing that everyone has and companies like Shiftwear and Volvorii are leading the charge.

Shiftwear Digital Sneakers is the most interesting of the two as it focuses on the extremely popular segment of sneakers. What’s fantastic about this Digital Sneaker is that with E-ink, you’re able to change the outward design, look on the fly using just your smartphone. Users can easily change their look without having to buy another pair of expensive sneakers plus there’s the unique ability to create your own personalized designs. This is definitely something that has to be seen to be believed. Beyond sneakers, women’s shoes represent the single largest segment for shoes. Volvorii looks to get in early on this gigantic area with their Timeless Women’s shoes. Much like Shiftwear, these are recognizable types of shoes such as high heels and designer wear.

The potential for women’s shoes is massive however due to the size and shape, the digital look isn’t quite as striking as the sneakers. It wasn’t too long ago that the idea of digital clothing and accessories was something meant for sci-fi movies, but now it seems like we’ll all be sporting some Digital Wear.