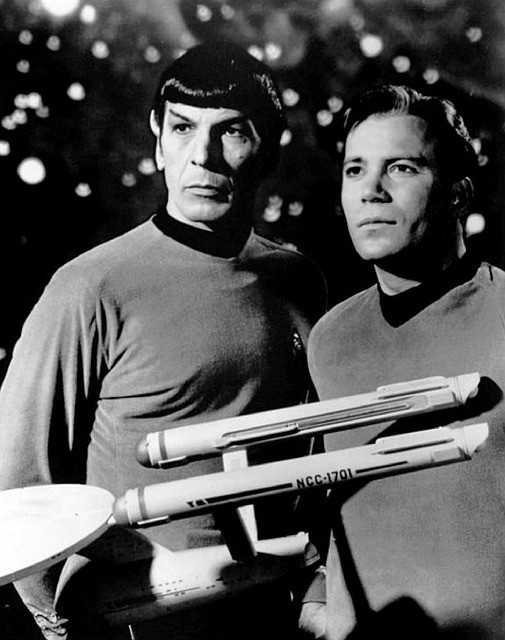 May the Force Be…oh wrong movie. With Star Wars the Force Awakens dominating the Geek Universe, it’s easy to forget the other Galaxy Far Away called Star Trek. Trekkies have been around way longer than Star Wars and there’s always been somewhat of a friendly battle between the two Nerd armies. JJ Abrams revitalized the Star Trek Universe back in 2009 with a reboot that was refreshing yet classic and coincidentally, he’s doing the same thing for Star Wars. Star Trek Beyond is the latest entry into the Trek franchise, but this time it’s being helmed by Fast and Furious action-packed director Justin Lin. Abrams’ company Bad Robot will still be producing Star Trek however he’s a little busy directing a small Indie film called Star Wars. From the opening scene with Scottie and the background song Sabotage from the Beastie Boys, you know you’re getting a different type of movie.

Cast members like Scottie, Bones, Uhura, Zulu, Spock and of course Captain Kirk are all back for another sci-fi adventure. There are definitely some moments of comedy besides Scottie especially with a clever scene between Bones and Spock. Story wise, it seems like the crew of the Enterprise crash land onto a planet filled with pale creatures who are very reminiscent of some characters from Hellboy. As expected, the inhabitants are facing some type of conflict that the crew of the Enterprise must fix to balance the galaxy and to make another movie. The main character, focus of this entire trailer seems to be ACTION! There’s so many explosions, space battles and more explosions that I sometimes forgot this wasn’t Fast and Furious in space. Overall, I wasn’t really feeling this trailer so hopefully Justin has some more surprises in store for us that doesn’t include explosions.