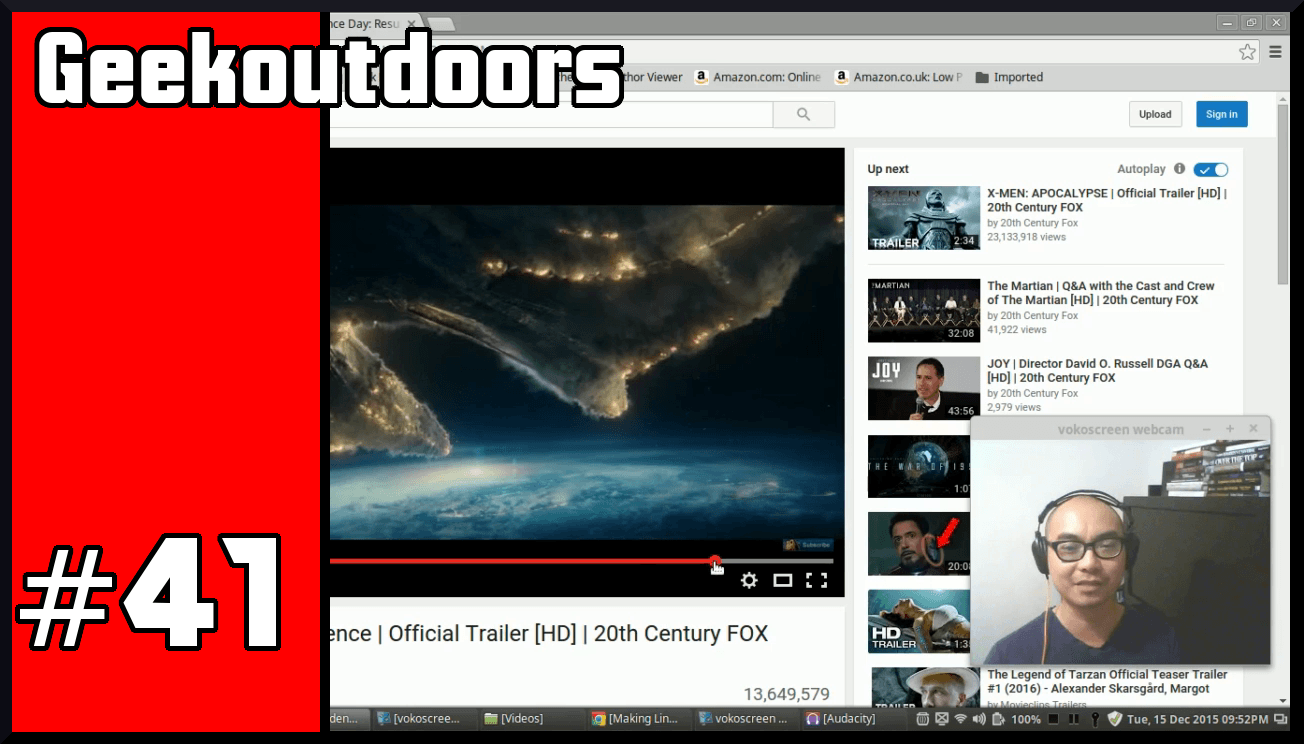 Independence Day-now that was a FUN movie!!! Anyone who remembers this over the top sci-fi alien invasion madness will have fond or maybe horrible memories. For me, this was the very definition of a Summer Blockbuster Popcorn movie event before it became a normal trend. It had likeable characters played perfectly by Will Smith, Jeff Goldblum, and the President Bill Pullman. Plus the special effects and Alien creatures were out of this world. When a movie is this ridiculously fun, who needs a story? It seems like the studio and director Roland Emmerich want to recreate that feeling in 2016. I was surprisingly shocked to see a trailer for the sequel Independence Day: Resurgence. I honestly didn’t think the original needed a sequel unless they were going to the Alien’s homeworld. So what do I think of this modern Independence Day?

Well from the opening shots in the Area 51 desert to the appearance of Jeff Goldblum, I felt like we were in familiar territory. Familiar is an ongoing theme in this trailer as there are many similar shots to the original including the underground Area 51 lab, fighter pilots, and the “President” Bill Pullman. In this sequel, it seems like the military has adapted the alien technology into their own weapons, planes, etc…but it’s not long until the big, bad aliens come back.

Well it’s not entirely clear whether these are the same aliens or new ones. What we can see is that these new alien ships are much bigger than the original movie. And “Bigger” seems to be the operative word here. The whole trailer is basically Independence Day only Bigger, but it’s uncertain if that means better. I thought there were definitely some cool shots especially of the spaceships and besides the returning characters played by Jeff Goldblum, Bill Pullman, and Vivica Fox, there are some new characters that are taking over the Will Smith role as he’s not returning. By the end of the Independence Day: Resurgence trailer, I missed the original even more.

Hideo Kojima has had a rough year…no thanks to Konami. After months of silence, we have an announcement that he’s officially left Konami on December 15, 2015 and is heading to Sony. It looks like he’ll be heading up his own studio at Sony. This is awesome news however you look at it plus Gamers can breath a sigh of relief.