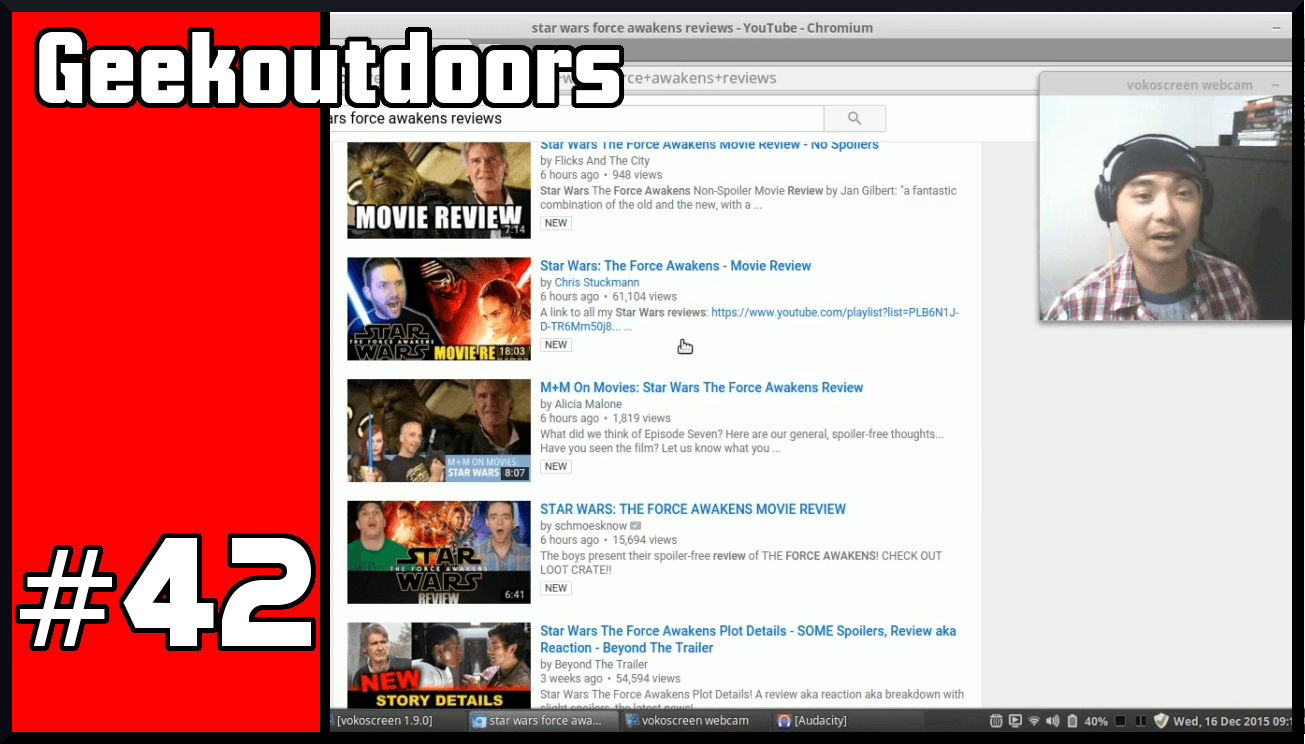 The Star Wars the Force Awakens reviews have come in! After the world premiere, the review embargo has been lifted. On YouTube there are some excellent spoiler-free reviews with my favorites being Chris Stuckmann and Schmoesknow. The initial reviews have been overwhelmingly positive with considerable praise for Daisley Ridley’s portrayal of Rey. Other performances by John Boyega, Oscar Isacc, and Adam Driver were all solid and let’s not forget, Harrison Ford, Carrie Fischer, Chewbaca, R2-D2, C-3PO. BB-8 was also the surprise favorite in terms of new non-human characters. Special effects were also lauded for their practical elements and technical polish. I probably won’t be able to see the movie on opening weekend as the pre-sales have been record breakers. In the meantime, I’m avoiding any spoiler-filled reviews until I get to experience the Force myself.

GeekOutdoors Ep33: Cards Against Humanity $71,000 for Nothing!

Digital is the New Degree