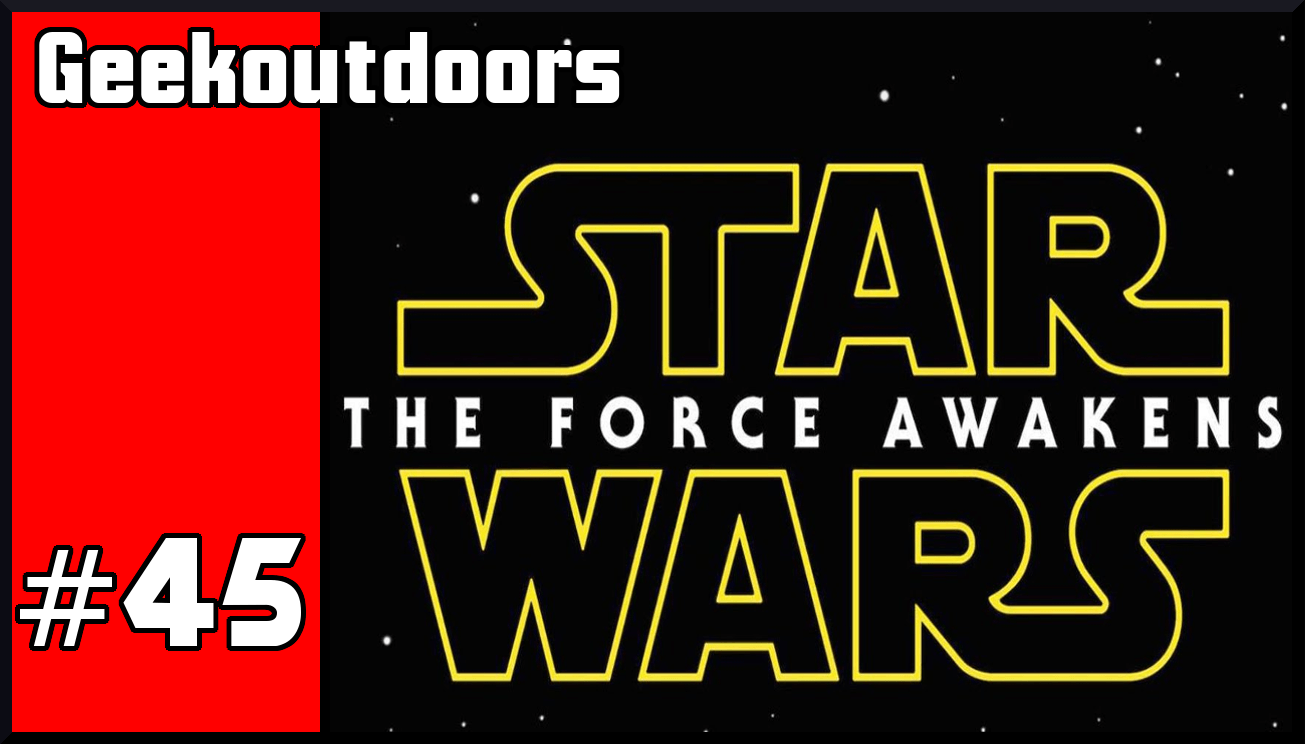 FINALLY…FINALLY…FINALLY!!! I just can’t believe that Star Wars the Force Awakens is finally here and I just saw it. This is a spoiler-filled review and if you’re one of the few people on this planet that still hasn’t seen it, then go see it and then come back. I had so many thoughts, hopes, and dreams before seeing this movie and I made sure I didn’t watch or read about any spoilers on the Internets. We decided to watch this movie in 3D to get the “full” experience, but it’s good without it. So is this the Star Wars that you’re looking for? Well Yes and also some No’s. From the beginning opening crawl credits and shots of the Star Destroyer you know you’re back in the Star Wars Universe. As soon as you go down to the planet Jakku, you’re instantly introduced to one of my favorite parts of this movie…characters. From the moment you meet Poe Dameron and BB-8, you realize that this is going to be a strongly character driven movie. And when Finn shows up conflicted as a new Stormtrooper with the badass Kylo Ren, things just go to another level. Kylo Ren is not just another Darth Vader, although Darth is his grandfather, he’s a flawed villain with some serious daddy issues. Finn also shows a side of Stormtroopers that we’ve not seen before – humanity.

Humanity is something that is seen throughout nearly every main character in this movie especially with the central character Rey. With Rey, you actually care about her and you want to see how her character develops throughout the entire movie. And no discussion about characters would be complete without talking about Harrison Ford as Han Solo, Carrie Fisher as General Leia, Mayhew as Chewbaca and of course our favorite robots C-3PO and R2-D2. Another aspect of this movie that I think JJ Abrams got right, was the sense of tension. There were so many scenes where you feel like the characters could die even though you know they wouldn’t. Scenes like Tie Fighters shooting at Rey, Finn on Jakku or the creature disaster on the Millenium Falcon and most of all the lightsaber battles all have a real sense of tension. Speaking of lightsabre battles, they were AWESOME! These battles actually look gritty, real, and dangerous all while maintaining an insane amount of excitement.

Special effects are the hallmarks of every Star Wars, but unlike the prequels, Star Wars the Force Awakens uses the effects to enhance the story. With a combination of practical elements and technical wizardy, you almost forget that they’re effects except maybe for Emperor Snoke whose CG design just takes you out of the movie.

Now let’s talk about some flaws. Despite the need for some nostalgia to appease the billions of fans of the original, I feel like it might have been a little too much. There are many shades of Star Wars a New Hope, Empire Strikes Back, and Jedi in this movie. Although this doesn’t make the movie boring, they don’t make it as “special” as it could’ve been if they introduced some new stuff. As much as I loved the characters in this movie, the biggest problem I had was with the super crazy progression of Rey. With little to no explanation, we see Rey go from a scavenger on Jakku to an expert Millennium Falcon pilot to a Jedi badass. It’s her miraculous progression as a Jedi that puzzles me the most especially near the end where she could’ve killed the highly trained Kylo Ren. It just didn’t make sense and probably might be explained later. Another missing element was emotion. When Han Solo was killed by his son Kylo Ren, I expected a much deeper impact, but I didn’t really feel anything unlike in the Empire Strikes back when Luke gets his hand cutoff and then realizes Darth is his father. Same goes for the final scene with Luke and Rey.

Overall, this is a Star Wars that you’ll enjoy and must watch. And although it’s a billion light years better than the prequels, it doesn’t quite reach the magical level of the originals.