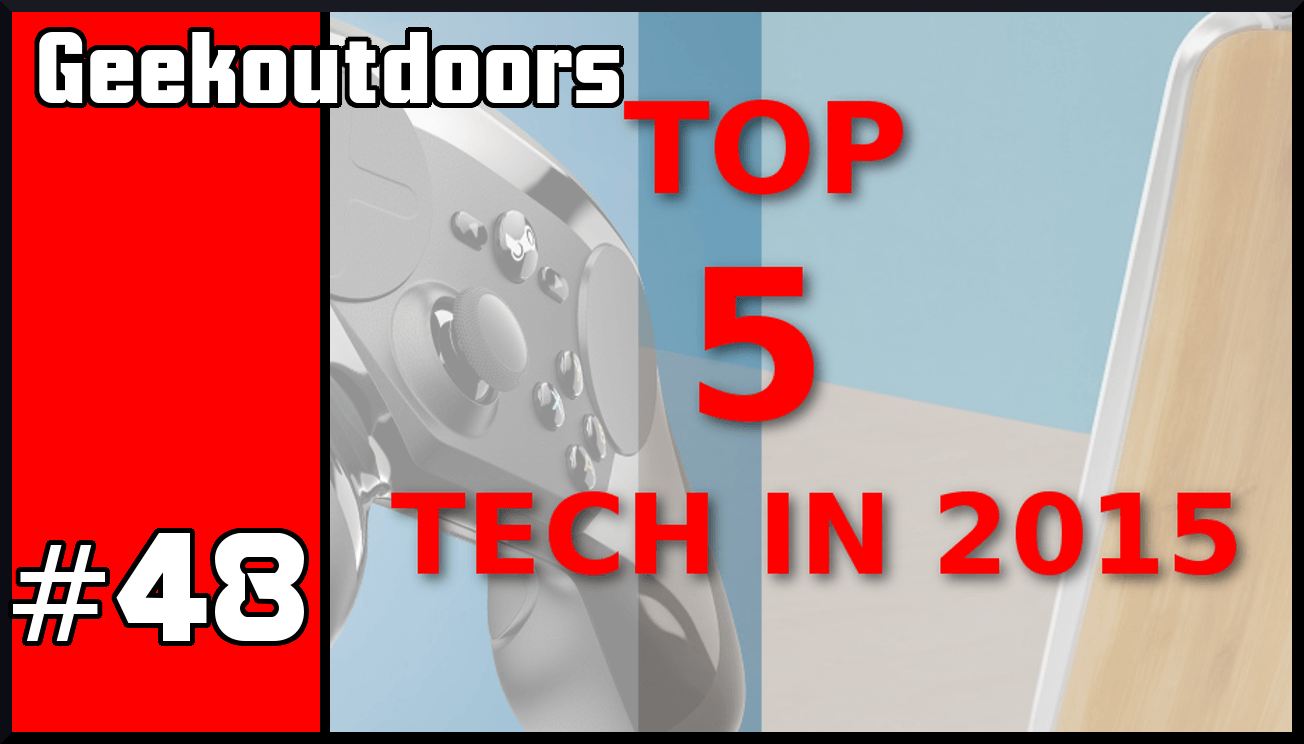 2015 was full of amazing Tech and picking out my favorite Top 5 was challenging, but here they are:

There were so many great phones in 2015, so why did I choose the Moto X Pure? Value – there is no flagship phone that provides you this much quality at the price of $399.

Let’s look at some of these powerful specs:

All of these features, quality are in a phone that is fully unlocked, works nearly anywhere in the world, and is almost half the price of the “Flagships.” Now that’s a value!

Valve has brought gaming to such a wide audience thanks to their amazing Steam Gaming service. But can it do the same for the hardware PC, console market? Well with their SteamOS operating system and their partnerships with hardware manufacturers, it looks like they just might.

The whole idea behind the SteamOS eco-system, is to give Gamers the power, flexibility of PC’s with the ease of use “Big-Screen” experience of Gaming consoles. If they’re successful, this will expand quality gaming beyond the Windows world and into other potential markets like Linux. Initial reviews for the first batch of Steam Machines haven’t been great, but they haven’t been horrible either. As long as Valve and the SteamOS community keep improving quality and buying Steam Machines, more Gamers can look forward to quality gaming.

For the price of a Starbucks coffee, you can get a computer! $5 has never gone this far and for that amount, you can get a Rasberry Pi Zero computer. This would’ve easily been my top choice if it wasn’t for the fact that it’s basically a Printed Circuit Board with inputs, outputs and it’s definitely not for newbies.  This is only for the Uber Geek however if you have the skills and time your options with this little computer are near limitless. Not only can this be used for basic computing such as web browsing, but you can also use this for cool stuff like robotics. Once a simple version of this is made for the masses, this will be a revolutionary piece of Tech.

When it comes to Internet Service Providers, the words value and service are definitely not the first words that come to mind. Verizon, AT&T, Cox, and especially the dreaded duo of Comcast and Time Warner are notorious for charging more than what you get. Google Fiber is changing that quickly. Although it’s not available everywhere yet, it’s quickly expanding across the United States.

A simple three tier pricing plan is offered starting with “FREE” Internet providing 5MB download and 1 MB upload although you’ll still have to pay the one time $300 installation fee. For $70 you get absolutely insane speeds of up to 1,000MB per second download/upload. Their typical download speeds are around 800-900MB and about 600-700MB upload. For reference, I get about 13-15MB download and 2-3MB upload and I’m paying about $80! At $130 is a package that has the insane Internet plus 150+ HD channels for TV viewing enjoyment.

The main hurdle for Google is that they’re not known for customer service however since companies like Time Warner and especially Comcast have set the bar so low, it’s easy to see Google Fiber being the better choice.

Now before I get to my #1, there were some Honorable Mentions:

2016 is definitely the year of VR (Virtual Reality) everyone from Oculus, Samsung, HTC, Sony, and Microsoft are all getting into this space. VR has been around for as long as I can remember but the technology wasn’t there to fulfill these wild concepts until now.

I tried out a Samsung Oculus VR headset at Best Buy and although it was impressive, I still got a little dizzy and some more polish is definitely needed. But at a price point of $99 and maybe even less in 2016, I see some definite upgrades coming.

The Apple Watch isn’t the first available wearable, that would be the Pebble Watch and Android Wear, but things usually don’t become mainstream until Apple gets involved.

And in 2016, it won’t just be about watches, but we’ll be living in a future where digital clothing will be the norm. And when that future arrives, you can be sure that Tech companies like Apple will be there to capitalize.

Wal-Mart is definitely known for many things, but Tech isn’t one of them. But my #1 pick is a device that’s actually sold at Wal-Mart. That device would be the LG Sunrise Android smartphone. So why did this become my #1 piece of Tech in 2015? The answer is $10…or more specifically $9.82. For this price, you’re getting a fully functional smartphone from a quality manufacturer LG and not some no name manufacturer. Now the specs aren’t anything mind-blowing, you’re getting a low-res 3.8in screen, 3MP rear camera, and 4GB of storage just to name a few. But at the price of lunch, you’re able to get so much technology that just a few years ago would’ve cost hundreds more.

What’s so significant about this is that smartphones are finally becoming a commodity and more people globally will have access to technology. I’ve always believed that technology can help improve the lives of many especially for those in less developed countries and that’s why the Wal-Mart LG Phone gets my #1 in 2015.