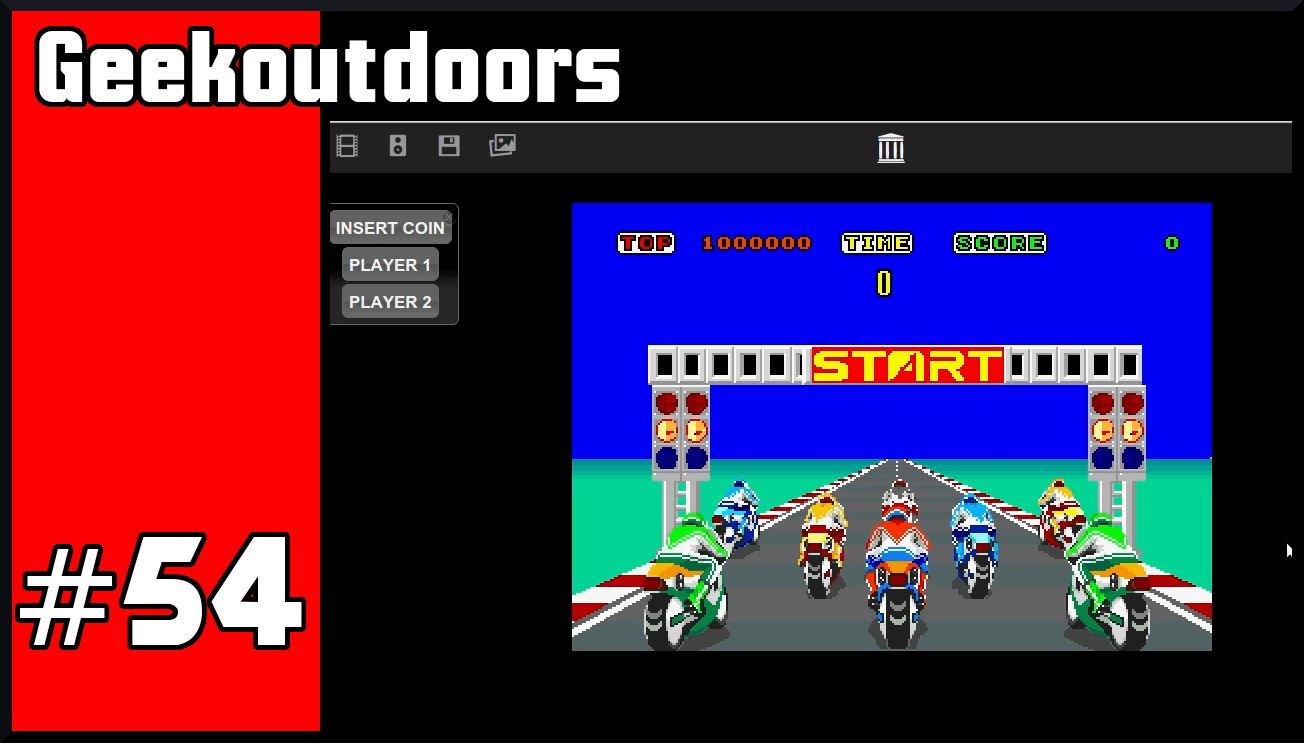 Arcades were once the only place where people went to play Video Games. Home consoles like Atari, Nintendo and Sega were just now invading living rooms. But if you wanted the full experience you had to bring some quarters and head to your latest Arcade. And back then, coin operated Arcade machines were wildly popular from laundromats to gas stations to bars, restaurants they were everywhere. Arcades were also a place for people to hang-out and socialize with REAL people. I’ve had so many fond memories of playing Arcade games with countless favorites throughout the years, but which ones are my Top favorite Arcade games of all time? Well after endless hours of game playing “research”, I’ve created a Top 5 list of my all time favorite Arcade games. Now this list can change in the future once I have more time to do game research, but here are my picks.

Top 5 Arcade Games of All Time You know side-scrolling beat’em up fighting games used the be the most popular genre thanks to games like Double Dragon. But one of the first truly kick ass fighting games was Kung Fu Master which was made by iRem and published by Data East in 1984. The story was really simple: you’re a Kung Fu Master whose girlfriend Silvia got kidnapped and now you gotta go kick some ass…that’s pretty much it. So you go into this Pagoda where you’re kicking, punching waves and waves of henchmen on each floor until you get to the top. This story is very similar to the Bruce Lee movie Game of Death where Bruce was going from floor to floor beating up fighting masters until he got to the final boss at the top. What really got me on this game was the graphics, responsiveness, and sheer joy of kicking someone in the face! You got a satisfying feeling everytime your foot met a face with a smashing sound effect. Now that would make any kid want to be a Kung Fu Master! Sega was a big presence in the gaming world both at home and in the Arcades. One of their most popular and unique titles was Golden Axe in 1989. Just as I’d mentioned for Kung Fu Master, side-scrolling fighting games were huge, but they were all pretty much the same as Double Dragon. What was refreshingly different about Golden Axe was the setting and the creative game mechanics. The game wasn’t set in some crime filled city, but instead, it was set in a Fantasy medieval period of warriors, wizards and dragons!

Actually, this game was heavily inspired by Conan the Barbarian and Dungeons and Dragons. So you had a choice of three main characters: Male Barbarian, Female Warrior, or Dwarf V‌iking. Each character had a weapon as well which was a new game mechanic for the genre plus they possessed devastating magical powers as well. Slashing down enemies with your sword or axe was fun by itself, but when you combine that with Dragon powers and even creatures that you can ride, it brings fighting to a whole different world. Galaga is pretty much on everyone’s list of top Arcade games and it almost took this spot. Gyruss was released in 1983 by Konami at my local laundromat and I was immediately hooked. Gyruss was just like Galaga except it was in “3-D”! Well actually it was a 360-degree circular game instead of the standard side-scrolling shooter. This different perspective was weird at first, but as you played it, you appreciated it more and more as it gave you a real sense of being in space especially when you would warp speed into the next level. Shooting waves and waves of spaceships never got old especially with the awesome sci-fi music and special effects. Sorry Galaga, you’re still one of my favorites though.

2. Captain America and the Avengers Marvel is now everywhere thanks to movies like the Avengers, Spiderman, Iron Man and of course Captain America. But Marvel got it’s start in the gaming world long before and my top choice is Captain America and the Avengers released in 1991. X-Men by Konami did eventually become of my favorites, but I put way more quarters in Captain America and had more fun while doing it. What was great about this game was the amazing graphics, sound and art design. Another side-scrolling beat’em up (wow I must’ve been a violent kid back then) but now you were able to choose from Captain America, Vision and Hawkeye. The fighting was smooth, responsive, and whenever you punched an enemy, you’d get Comic book captions like Krak or Plam! Definitely a Comic book lovers dream game. First of which was the actual fighting itself. Street Fighter 2 wasn’t just simple kicks and punches, but it had moves, styles that were unique to each character. Fireballs, Flash Kicks and Dragon Punches were all natural moves for  each character that a player mastered. Characters in this game were also instantly memorable. Ryu, Ken, Chun Li, Guile, Zangief, M. Bison…I mean when was the last time you actually remembered a game character’s name? Arcade games focused mostly on gameplay and not characters. Besides a few notable blockbusters like Pac-Man, Q-Bert, and Donkey Kong, few people cared about the game characters they were playing. Street Fighter 2 on the other hand, made you feel like you were the character. Combine all this with the incredible graphics, sound, and addictive fighting action, and it was no wonder that millions of kids worldwide skipped classes to spend a few quarters at the Arcade.