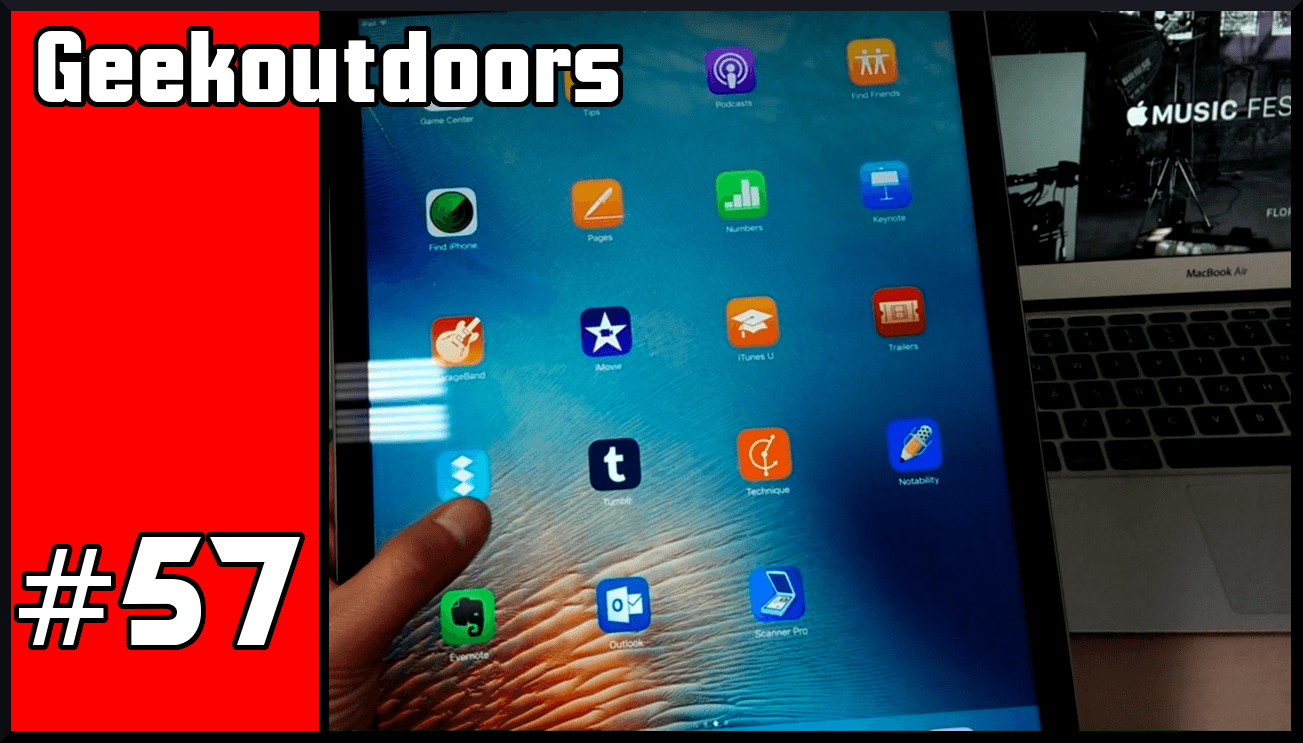 When is Big Too Big? On a previous episode, I talked about my thoughts on the IPad Pro and Samsung Galaxy View before they came out. Well now they’re here, but not being Mega Rich, I couldn’t just go out and buy them for a review so I did the next best thing. Being an average Geek on a Budget, I decided to head over to Best Buy to give my real impressions on both the iPad Pro and the Samsung Galaxy View. Most of my thoughts are on the video below, but I’m gonna give my quick impressions on both.

It’s a Big Ass iPad…which isn’t necessarily a bad thing as iPads are pretty much the best overall in terms of tablets. What’s not so good about this “Pro” version is that it doesn’t really offer anything new outside of the Apple Pen and huge screen. This iPad is definitely not easy to hold or use if you’re trying to hold this as you would a traditionally-sized tablet. Now Apple is billing the Pro version for Power Users and Creatives, but honestly about the only thing Pro I can see about it is the Pro Price which you can easily spend on a higher performance useful Laptop or Desktop.

Oh wow…where do I even begin here. The Samsung Galaxy View is GINORMOUS!!! There is no way you can classify this as a tablet as it’s practically like carrying around a small computer monitor. It even comes with a briefcase-type handle so even Samsung themselves knew that this was too big. Functionality-wise, this “tablet” serves no real purpose above a normal tablet. Samsung is billing this for Media consumption, but at a cost of $500, you’re much better off buying a bigger HDTV and getting a superior Media experience.

Overall, my initial thoughts on the idea of these Mega tablets haven’t changed as I still don’t know who these “tablets” are for other than the Apple/Samsung fanboys(fangirls) or billionaires.

GeekOutdoors Ep79: Doom 4 and Doom Thoughts – What Doom Meant to Me