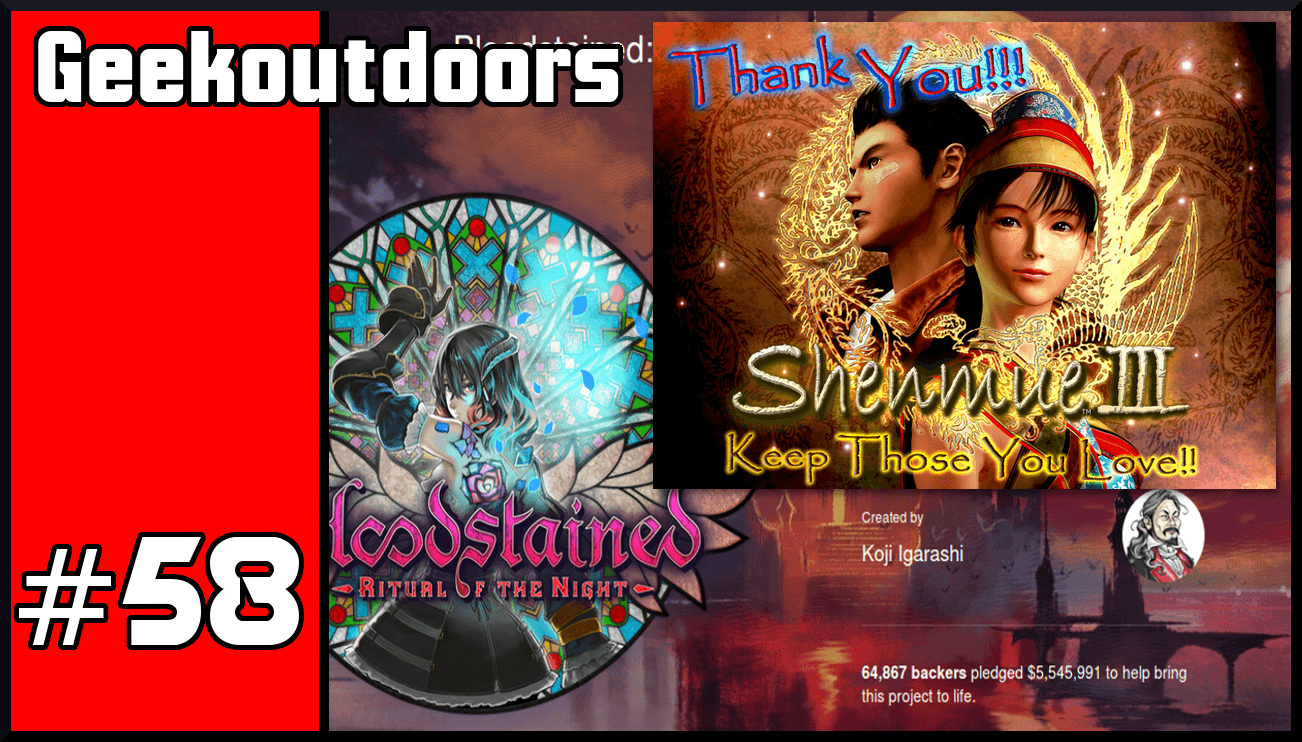 Shenmue 3 and Bloodstained define what it means to LOVE games. Both games were two of the most successful Kickstarter video games ever with Shenmue 3 being number 1 and Bloodstained number 2. Now this isn’t too surprising given the long gaming heritage of their creators with Koji Igarashi of Castlevania fame and the legendary creator Yu Suzuki Sega Gaming God. Prior to these games, I’ve never put money in any Kickstarter or crowdfunded campaign. However whenever Igarashi announced a spiritual successor to Castlevania Symphony of the Night, my credit card was ready to get Kickstarted! But this wasn’t the end of my gaming dreams as a little over a month later at a Playstation event, Yu Suzuki mysteriously appeared announcing Shenmue 3 on Kickstarter…MIND BLOWN!!!

So since then, any news of updates for either game is highly anticipated. Bloodstained comes out of the gate first with an awesome design update. Here Igarashi and his team asked for feedback on some mock design types for the lead character and background graphics for Bloodstained. Initial designs are a mixture of both cell-shaded mastery to more polygonal 3D creations. Both options would work, however I opted for the cell-shaded look as it has a more hand-drawn and anime style that I love.

Shenmue 3’s update was more of an in-depth look into the whole process of how this project was born. In a French interview with Shenmue 3 producer Cedric Biscay, we learn more about those initial secret meetings with Yu Suzuki and team. We also learn more about the ideas and direction that Shenmue 3 is going towards. Overall, listening to Cedric is like watching a diehard Shenmue fan who has the power to actually create and finish the next game we’re all waiting for.

Bloodstained and Shenmue 3 are definitely games made and funded by gamers for gamers, but whether or not we can stand waiting for their release will all depend on the updates.