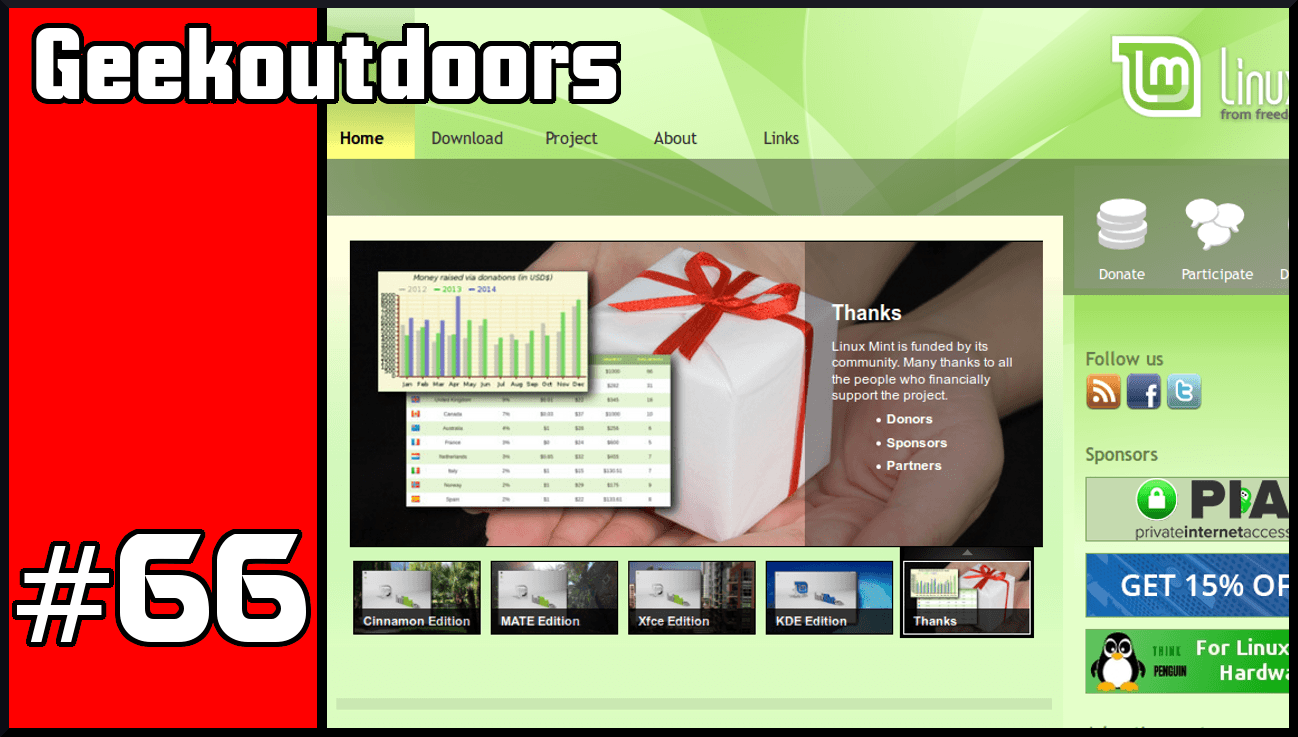 Linux was Hacked? Well not exactly, but it’s not something to ignore. I’ve been an active Linux user for about 10 years now and I’ve never looked backed. One of the key strengths of Linux is its security especially versus Microsoft Windows. In the whole time I’ve been using Linux, I’ve never yet had any viruses, malware, spyware, trojans, etc…Now no operating system is ever 100% immune from system vulnerabilities, but Linux, which is based upon the Unix Operating System (Apple’s Operating System is as well) is built from the foundation as a secure multi-user operating system unlike Microsoft Windows.

I started using Linux as my main desktop operating system when Ubuntu Linux was released. Ubuntu, which is based upon Debian Linux, was the first user-friendly operating system. Prior versions of Linux were really only meant for True Geeks, Nerds as it took a huge amount of technical skills to even install and get working. But it wasn’t until Linux Mint, which is based upon Ubuntu, was released that I fell in Love with Linux. Linux Mint adds a level of polish, stability, and performance that I’ve never experienced on any Linux operating system that I’ve ever used. However on February 20, 2016, my favorite operating system was Hacked!…well to be more specific the Linux Mint website was hacked.

Some hackers in Bulgaria were able to get into the WordPress-based website and change download links to malware infected versions of Linux Mint. This security breach affected a few hundred users and the Linux World went crazy! Now if this were to happen in Windows, people wouldn’t pay much attention as it’s normal for people to face security issues and it affects millions of people. Normally when security issues are discovered in Windows, it usually takes weeks, months and sometimes years to patch the vulnerabilities. This is where the Linux Community and specifically the response by the Linux Mint team is light years ahead.

Since Linux is an open-source, Community-driven operating system, profit and brand name is not the primary goals. And when this horrible incident was detected and verified, the Linux Mint team quickly announced the issue and took measures to fix the problem in days and not weeks, months, or years. The level of response and transparency is something that you would never expect from either Windows or Apple. As a matter of fact, the lead maintainer of Linux Mint, Clem, actually replied to all the comments on the website which is similar to Bill Gates himself responding to Windows issues. This level of action and care from people who effectively do this for free, shows the level of care that they have for Linux and its users.

In light of this unprecendented issue, some people might be thinking is Linux Secure? Well the simple answer is YES. Linux is used by billions of people on a daily basis whether they know it or not. Some examples where Linux is used are: Supercomputers, Stock Exchanges, Wireless Routers, Cars, etc…

And the biggest area where Linux operates is on mobile devices. Android is the most used operating system in the world with more than 1 billion active users, but most people don’t know that their phones are Linux-based as it runs using the Linux Kernel. With all these things considered, Linux is still secure and will remain so for years to come, but what this incident does show is that no system is 100% secure especially in the Internet Age and that we need to be more aware of security threats in the Digital World.

GeekOutdoors Ep61: Shenmue Thoughts – What Shenmue Meant to Me

GeekOutdoors Ep79: Doom 4 and Doom Thoughts – What Doom Meant to Me

Do you really need 4K?

June 25, 2017
We use cookies to ensure that we give you the best experience on our website. If you continue to use this site we will assume that you are happy with it.OkRead more