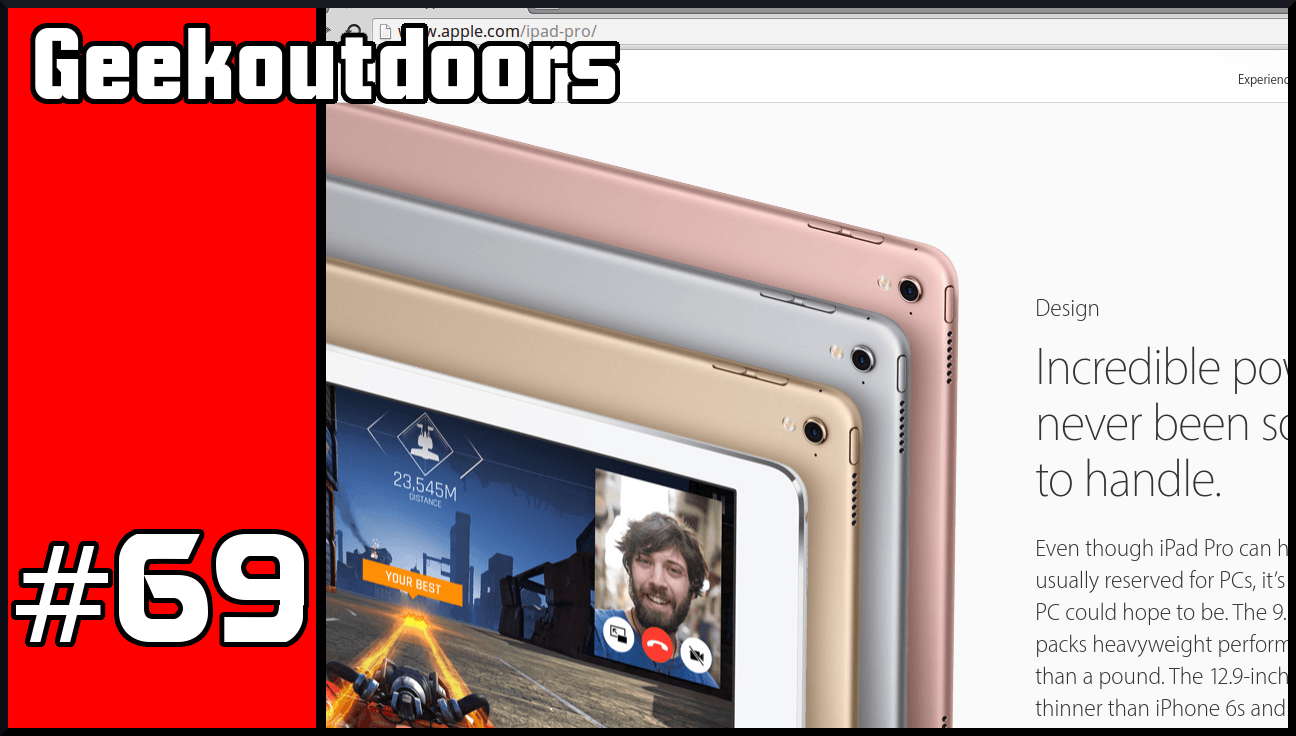 iPads are probably the only tablets left that are still selling…sorry Android. But being the top tablet doesn’t mean it’s the best tablet. With the recent release of the iPad Pro 12.9 and the Samsung Galaxy View, both companies are stretching the boundaries of a “tablet.” When this ginormous tablets were announced and then released, I asked the question who are these jumbo tablets for? Both questions were answered with no one unless you were an Apple or Samsung Fanboy! But now no more than a few months later, Apple releases a 9.7 inch iPad Pro version. So is this the Jumbo tablet you’re looking for? Well let’s look at the main differences between this and the original 12.9 inch pro.

So the main differences between the two besides screen sizes are the resolutions, memory and especially cameras. Now if I had to guess, most people would be more receptive to the iPad Pro 9.7in due to it’s smaller, manageable size and better cameras. I don’t think the slight advantages of resolution/memory warrant paying more for the 12.9in version. And that seems like Apple’s strategy all along. They wanted to get the 12.9in out first to guage the reception and if it was good, I’d imagined they would have delayed the release of the 9.7in version to gain more sales. As it stands, I still don’t see the use for a Jumbo tablet or even a “Pro” version, however as just a tablet, there seems to be no better choice than the iPad Pro 9.7in.