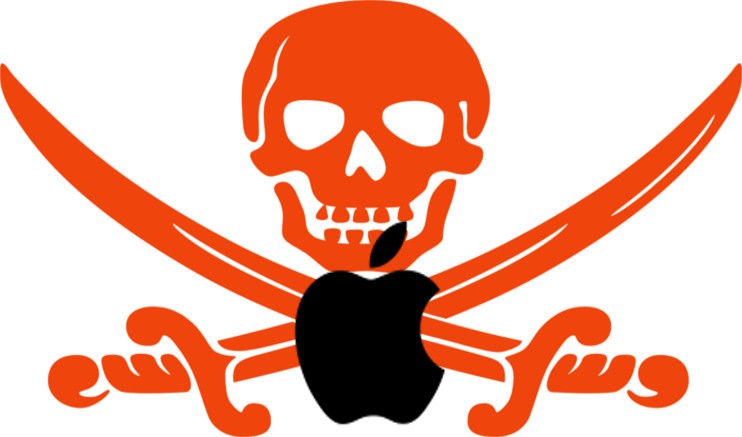 Steve Jobs, his name is iconic just like the company he built. His untimely passing in 2011 further elevated his mark in history. It’s also left a mark in the entertainment industry with varying results. There have been recent movies made about him most notably Jobs starring Ashon Kutcher and Steve Jobs starring Michael Fassbender. Now Jobs was bombarded with bad reviews unlike the newest Steve Jobs which has garnered rave reviews thanks to the superior screenplay by Aaaron Sorkin along with masterful direction by Danny Boyle. Now out of these, which one do I think is the BEST? Short answer, neither one – my choice for the best Steve Jobs, or maybe even modern Tech history, is Pirates of Silicon Valley. Now when I’m talking about Modern History, I’m talking about two giants in Tech that pretty much established modern tech today and those are Apple and Microsoft. Pirates of Silicon Valley was more than a Steve Jobs movie, it was about the birth of the PC computing industry and the commercialization of software. The Made-for-TV movie was released in 1999 on the TNT Network. The movie opens with the iconic 1984 commercial that shows a girl running with a hammer towards a large screen talking to what it seems like mindless zombies before she throws the hammer at the screen shattering it. The person on the screen was supposed to represent Big Brother, which was IBM at the time, and Apple was the one to change the status quo…which they did. Legendary director Ridley Scott was also the one responsible for this monumental commercial. With an opening like that, I knew we were in for something different.

I wanted to first praise the main actors Noah Wylie who plays Steve Jobs and Anthony Michael Hall who plays Bill Gates. Not only do they look like the real people they play, but their acting was superb as they perfectly captured the mannerisms of each person.

Microsoft is where I wanted to start with Bill Gates and Paul Allen in their Harvard dorm. These two were childhood friends and were both Geeks with true Tech skills. They were both interested in a machine called the MITS Altair and subsequently dropped out of Harvard and left for the MITS headquarters in Albuquerque, NM with dreams of producing software to sell. In the birth of Apple, we head to Steve Job’s parents house where he and Steve Wonzniak are working in the garage producing what would become the first Apple PC. These Revolutionaries would create the industry that we live in today in both hardware and software.

Spoiler Alert! There are many memorable scenes in this movie but here are some that I enjoyed most:

-the scene at the Homebrew Computer Club where there’s a chance meeting between Jobs, Wozniak and Bill, Allen

As you can probably see, I loved this movie for so many reasons. But the number one reason this is the BEST Steve Jobs, or Tech history dramatization, for me is that it’s a FUN movie that can be watched millions of times…well at least for me.