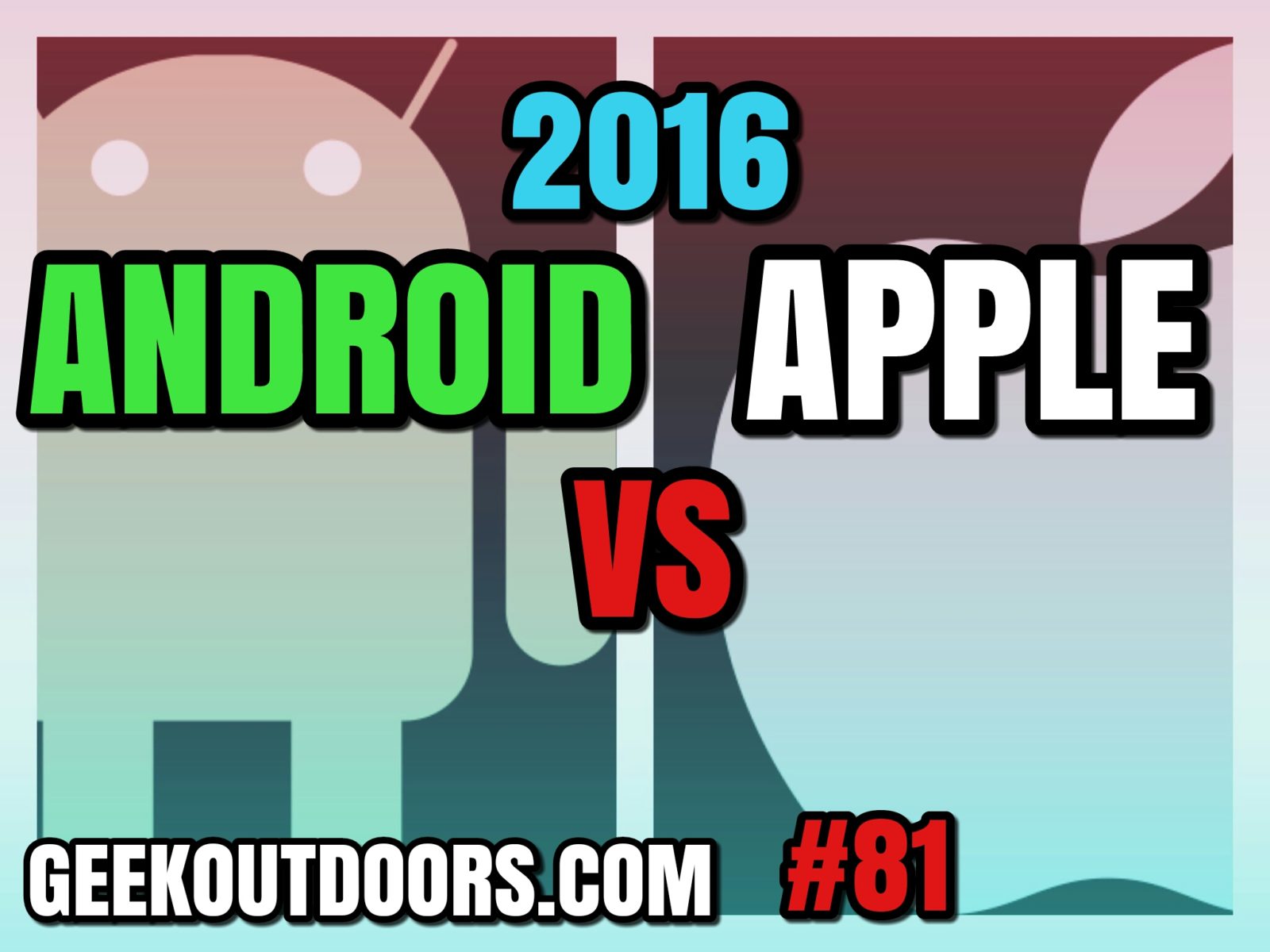 Since the beginning of Android and Apple’s iPhone existence, there’s always been this huge battle between the two especially among the Fanboys and Fangirls and I don’t think this is ever going to go away however it’s probably not going to be as fierce as it was at the beginning because in 2016 they have more in common than they do difference. So let’s start off with Android where if you notice Google is focusing more on the user experience, the ease of use, the consistency of design, and also the performance and stability. Now compare this to Apple’s IOS which with every single version, they are adding more features such as the widgets in the notification screen and other features such as a multi-window support for their iPads so more and more it seems like they are becoming more alike than they are different especially in 2016 and beyond. When Android first started it was all about the features especially the customization and flexibility of making Android specific to your tastes however Android was very unstable lacking the polish of Apple’s iPhone.

Also the Android user experience varied wildly across different phones lacking a consistent user experience and also having a much steeper learning curve than Apple’s IOS. Now on Apple’s IOS side, it was always about usability, consistency, and simplicity so Apple’s iPhones have always been much easier to use and they’ve always been  a wonderful performer despite lower hardware specs however features were limited with nearly no customization like you’d get on an Android device. Plus your overall experience was tied to Apple’s eco-system of the iPhone and later on Apple’s iPads and their endless proprietary accessories.

Apple’s IOS is all about the ecosystem and what I mean by that is the whole platform includes not only the operating system but also the applications, services, and hardware that come with it such as the App Store, iTunes or Siri voice voice recognition. Once you get into the Apple ecosystem, you’re pretty much going to be using a lot of their software and services and the same goes for Google where once you get into the Android ecosystem you’ll also have the Google Play Store and their many other services like Gmail, Calendar, Drive, office apps, etc…. Also with every iteration of  Android, the user experience is becoming more stable, consistent throughout various phone manufacturers due to their new Material design philosophy. This new level of performance and stability now compares favorably to Apple’s IOS. On Apple’s end, the introduction of new features offers more customization and flexibility without sacrificing the simple, stable user experience that Apple users have come to expect so iPhones will always be much easier to use while consistently being a wonderful performer. In the end, the Android vs Apple battle is never ending and they’ll always be some Flame Wars going on, but now it seems like there’s more in common than we’d ever imagined at the beginning of these Mobile Wars.