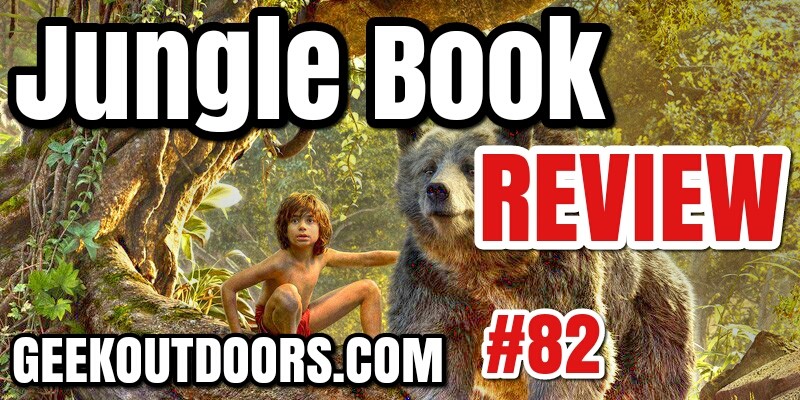 “Just the Bare Necessities…” Yes that song has forever been etched in my memory since childhood. Based on Rudyard Kipling’s loving book, the original 1967 Animated Disney Classic is one that just takes you to a Magical land every time you watch it. Mowgli, Bagheera, Shere Khan, and of course Baloo, became my best friends for life when I saw this as a child. But when I heard a live action version was going to be made by Iron Man director Jon Favreau, sadness was settling in. I was afraid that this modern version was going to destroy my beloved childhood movie however once the first trailers appeared, an immediate smile came to my face. Now there were multiple versions and copycat versions of the Disney feature, but none were anywhere close to the original. This live-action version is quite simply breathtaking! When the movie opens and you see Mowgli running through the Jungle being hunted by Bagheera the black panther and a pack of wolves, it’s exhilarating. I was immediately drawn back into the world of Jungle Book and I simply just started enjoying the movie. Now after 30 minutes of watching the movie, I was absolutely stunned that nearly everything in this movie was computer generated – in fact 99% of this movie is CGI except for Mowgli. Lord of the Rings was my previous champion for CGI effects, but I can confidently say that Jungle Book is the BEST CGI movie I’ve ever seen to date. It did what superior special effects is supposed to do which is make you forget that you’re watching a CGI movie and just believe in the convincing world that’s been built. Incredibly, the entire movie was shot in a sound stage at Los Angeles and not on location in India.

As mesmerizing as the CGI effects are, a movie is made by the story and actors. Story-wise, Disney can do no wrong with Rudyard Kipling’s original, but what really got me was the stellar cast. Bill Murray (Baloo), Ben Kingsley(Bagheera), Idris Alba(Shere Khan), Christoper Walken(King Louie), Scarlett Johansson(Kaa) and especially newcomer Neel Sethi (Mowgli) bring life to these characters the same special way as the animated feature. My favorite performances were by Bill Murray, Idris Alba and Neel Sethi. Baloo was playful, lazy and just fun which fits perfectly with Bill Murray’s talent. Shere Khan was menacing, calculating and deep as a villain where motivations were clearly defined and delivered by Idris Alba. And finally Neel Sethi being a first time child actor does an absolutely masterful job in playing a carefree jungle child living among animals and discovering his own place in the savage world. If it’s not already obvious, I loved this movie in every imaginable way! It won’t ever beat the original Disney animated film, but now it’s got a permanent place in my heart.