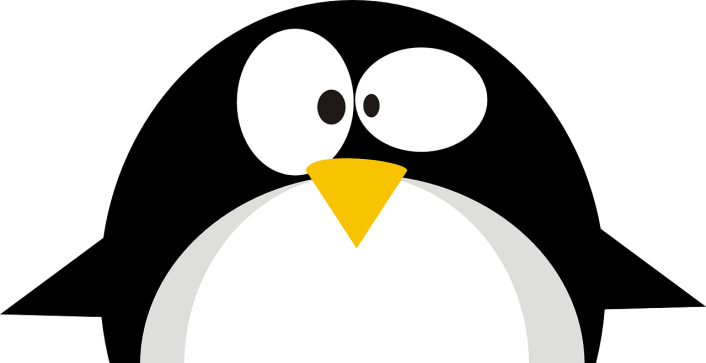 I vaguely remember my first “Linux Experience” and it was quite…horrible! Back in the early 2000’s, in the back of one of my computer magazines there was either a CD-ROM or diskettes (ancient tech I know). And on there was something called Red Hat Linux which had a logo of a guy with a red hat although it reminded me so much of Carmen Sandiego. During that time, Windows 95 was still going strong with the “new” hotness Windows XP just being released although MS-DOS was still something people were familiar with. MS-DOS was completely command line based so when I heard about this Linux thing and I saw Red Hat, I thought hey why don’t I try to install this oddity and try it out. Needless to say my world was about to change, but for the worse!

Linux back then was NOT for newbies! You really had to be a technical Ninja Nerd to even understand what’s going on let alone install it. A GUI interface was pretty much non-existent as everything back then was pretty much all command line. With similar roots to Unix, one would have to gain a clear grasp of how to navigate and operate a system completely from commands. Unlike Windows which was a GUI that had MS-DOS as a command line interface option, Linux didn’t have a usuable GUI option back then as desktop environments like GNOME was just released in 1998. So seeing as how I’ve had experience using MS-DOS and I’ve installed Windows through command lines before, I figured this won’t be too much for me to handle…boy was I wrong!

Now you have to consider that the Internet at the time was still in its infancy as it came to the world in the early 90’s. Most of the Information Super Highway aka Internet was still mostly relegated to message boards and AOL chat so learning how to do something completely through the Internet was unheard of. However as with most computer magazines at the time, they would have some instructions on how to install Red Hat Linux so that is what I did. As I was going through the command line prompts, the first thing that got to me was partitioning-I mean I thought I knew this but Linux uses a different file system than Windows. I’m not sure how many hours that I suffered on just that alone, but when I “finally” got near the end, I couldn’t even get my graphics drivers or dial-up modem to work correctly so needless to day, my first embattled Linux journey had come to an end.

Back to Good Ol Windows for me as that was not an experience I want to relive again! Fast forward to about 2005 and by this point, I was already working in Corporate IT on UNIX systems so command lines with usable GUI interfaces were nothing new to me. And then I saw something interesting in the form of Ubuntu Linux. I’m not sure exactly where I saw it (probably another computer magazine) but this looked so much like…Windows! By this point, Linux and the GNOME desktop environment have matured to the point where it actually looked usable despite coming from a small company out of South Africa called Ubuntu. Now in this case, I really think I got Ubuntu from a CD-ROM included with a magazine. Immediately after booting up the install I was shocked! Unlike my Red Hat Linux nightmare, I was surprised that I was able to get through the entire install and it worked…well most of it. Lots of time still had to be spent figuring out essential things like graphics drivers and internet access however I got it done!

Ubuntu Linux so was so refreshing as it had a GUI interface that was Windows like and it was more than usable. Weeks went by using Ubuntu Linux and I started falling in LOVE with it. Of course my Windows XP computer was going nowhere, but it was no longer my only option. I was Geeking out over the fact that this was free and for the most part, I was able to do all my computing. And unlike Red Hat, this wasn’t command line only which was HUGE. With each new release of Ubuntu, it just kept getting better and about 2 years later, I completely ditched Windows as my main operating system and embraced Linux as my main squeeze. By 2009, I came upon Linux Mint (which is Ubuntu based) and things went to a whole new level.

Linux Mint was everything I enjoyed about Ubuntu Linux, but it was even more user friendly and stable as a rock! By that point, I was comfortable in this new Linux world but I always felt like it wasn’t as consistently reliable as Windows despite all the faults that came with it. Over time, Linux Mint took my attention away from Ubuntu Linux and it’s been my main driver since. During this whole Linux Journey, I did do the whole Distro Hopping thing, but I was always drawn back to Mint. Ubuntu Linux is like that first girl you fell in “love” with and all the other distros were like girls you just had fun with. Linux Mint is the girl you married. Now I just can’t imagine a world where I’m not using Linux and it’s more popular across many platforms than it’s ever been. Linux has truly changed the world, but the most important change was just for me.

October 27, 2015
We use cookies to ensure that we give you the best experience on our website. If you continue to use this site we will assume that you are happy with it.OkRead more